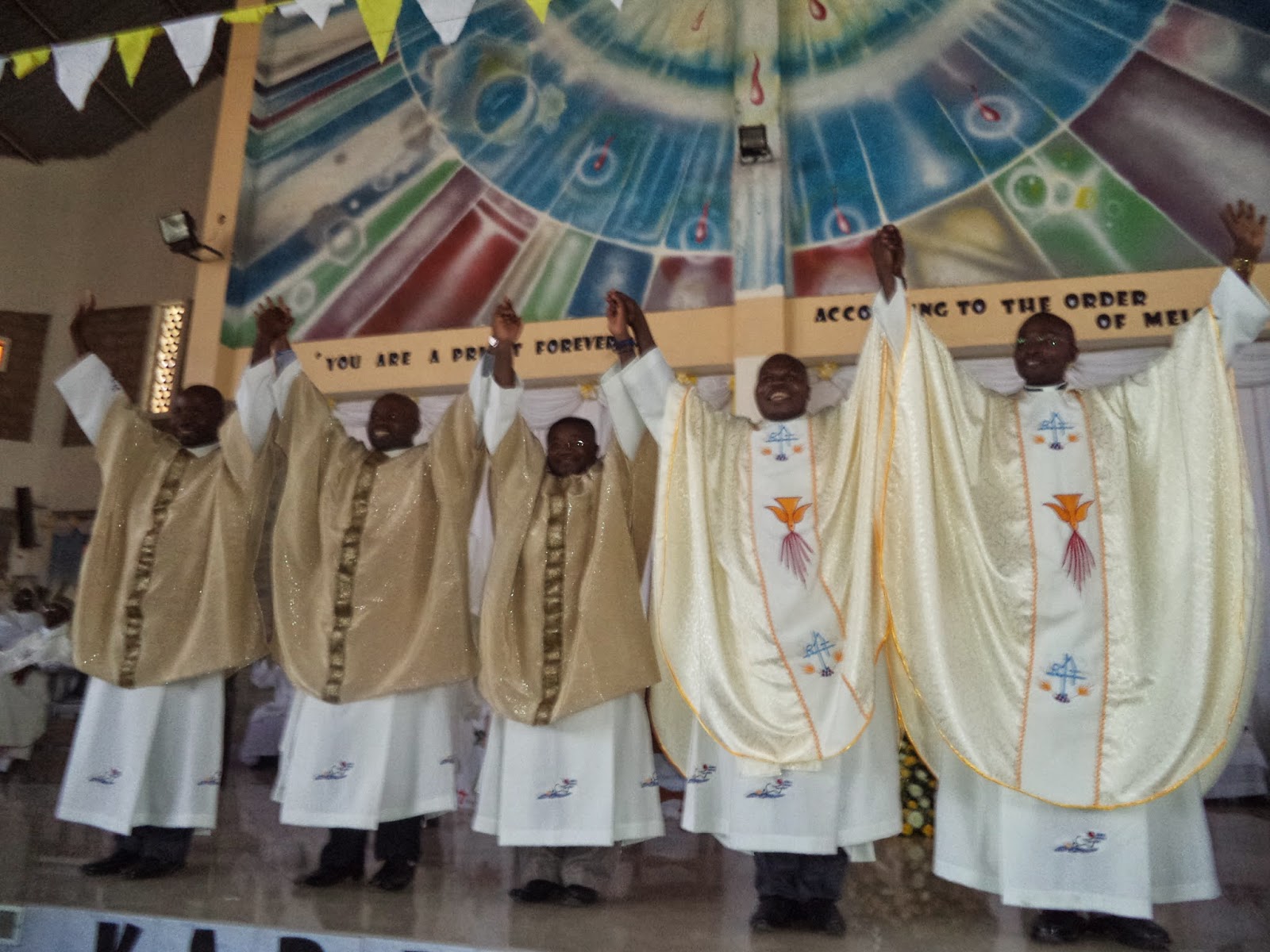 The Lord, whom the Father has sent into the world, has established on march 19th, 2015, five ministers among his faithful of Nairobi to unite them together in one body. Two of them, Deacon Jacob WELIKHA BARASA and Deacon Jean-Marie MUTULIRANO have been ordained priest and Jerome MASUMBUKO, Valentin NKWER and Richard LUSENGE have been ordained Deacons. These priests are, from now on, able, by the sacred power of orders, to offer sacrifice and to forgive sins. No doubt of it, since they are connected with the Episcopal order, they share the authority by which Christ builds up, sanctifies and rules his Body. All their acts will be made in the person of Christ the Head of the whole body, the Church. Belonging to the same community Katua, the ordination of the two Deacons to priesthood looked really like the birth of twins in the family. Not only their community but the whole outstation of Katua was so glad for giving birth to two priests at once. Since Jacob was ordained Deacon, he has been in charge of Postulants and Aspirants. As he has exercised these responsibilities very well, he will continue the same. Father Jean-Marie MUTULIRANO is and remains treasurer of his community Katua. Saying that, we are meaning that both of the two priests will continue living together until they receive their new appointment. 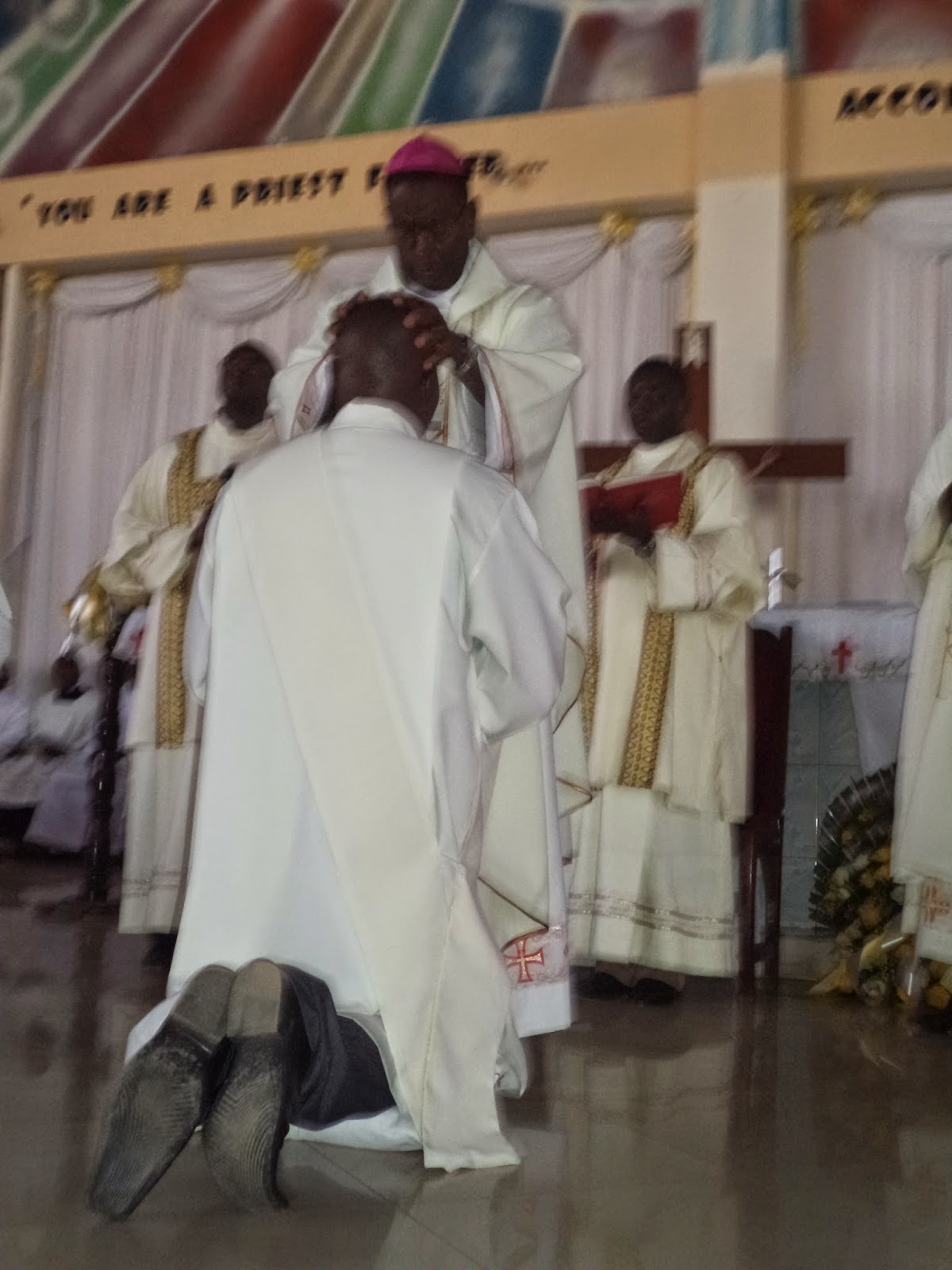 The deacons will be serving in three areas according to the Roman Catholic Church. First of all, they are the ordinary ministers of the proclamation of the Gospel. They will secondly be serving in liturgical ministry, by putting into practice all what a deacon is called to do in his ministry. They will be also involved in serving the poor and marginalized by working with parishioners to help them become more involved in the ministry of charity. The three Deacons, outlined above, will be respectively keeping their responsibilities as treasures for Djiru Parish (Kenya), Digodigo Parish (Tanzania) and Kijenge Parish (Tanzania) until they get each one a new appointment.
The mass started at 10 am. It was presided over by the bishop David KAMAU, auxiliary Bishop of Nairobi. In his homely, the Bishop invited the ordinand to be the joy and the blessing for the Church. He requested them to keep the Word of God in their love and to stay always with Jesus Christ in prayer.
When the mass ended, everybody was welcome to share a fraternal lunch in the parish compound. Fruitful ministry to these new ministers!
Br. KATEMBO TSONGO Dieudonne a.a
Publié par Les Assomptionnistes en Afrique à 07:05